Vermont’s path toward marijuana legalization began in 2004 when it approved a bill for medical marijuana use, overturning a law from 1915 that prohibited the drug. In 2013, recreational use would begin to be considered, but it would take four more years for it to be legalized. Recreational marijuana use officially became legal on July 1 of this year, making Vermont one of the most recent states to recognize the value of marijuana.

Senate Bill 76 authorized medical marijuana in the state. It can be taken to treat a number of ailments, including Crohn’s disease, AIDS, Parkinson’s, chronic pain, glaucoma and more. Medical marijuana users are required to apply for a registration card to cover their use. Unlike some states that have reciprocal agreements allowing medical marijuana patients to use their cards in other states, such as is seen with Nevada, Vermont does not maintain any reciprocity with other states.

Recreational marijuana use was authorized by the Vermont House in May 2017 through Act 86. It allowed for personal possession, use and cultivation, but not commercial sales. The Vermont Senate had approved its own bill a month prior that covered all aspects of the House bill, but also allowed for authorized sales. It wouldn’t be until January of 2018 that both the House and Senate would approve the same bill, which was subsequently signed by Governor Scott the same month. As of July 1, 2018, recreational use marijuana is legal by adults 21 years old or older.

For medical marijuana users, possession of up to two ounces of usable marijuana is permitted. Additionally, it is legal to grow up to nine plants, of which a maximum of two can be mature.

For recreational users, the minimum age is 21. Possession of up to an ounce of marijuana or five grams of hashish is allowed. Up to four immature and two mature plants per residence can be cultivated at any given time. Since the law stipulates that only up to an ounce can be possessed at any time, additional cultivation must be kept in a secure location inside the residence.

Private consumption is legal in any residence, except in those where landlords or homeowners associations have expressly forbidden it. It is illegal to consume anywhere in public or where tobacco smoking is prohibited. Since Lake Champlain is federal property, consuming marijuana on the lake or on other federal property can result in stiff fines in accordance with federal laws.

Vermont adheres to what is referred to as the “drugged driving” law, which prohibits anyone from operating a motor vehicle if there is a detectable level of any illicit drug or drug metabolite in the system. Field sobriety tests may be administered and refusal to participate, for the first offense, will result in a six-month license suspension.

Currently, Vermont does not have the legal framework in place to tax marijuana since only medical marijuana dispensaries are in operation. This section will be updated as new laws are introduced. 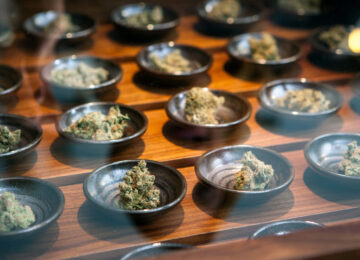 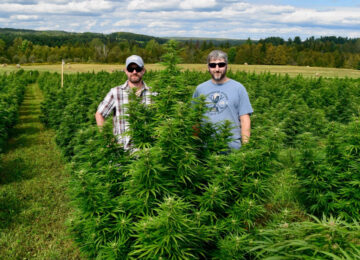 Vermont cannabis farmer ready to give tours of his farm 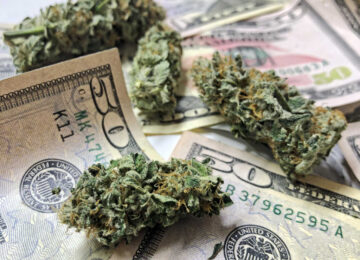