Marijuana use in Oregon goes back 30 years, when the state first authorized medical marijuana use in certain circumstances. That authorization paved the way for cultivation, possession and use, provided the patient had the necessary physician’s documentation to support the necessity. Oregon became the third state in the US to authorize recreational use in 2014.

As has been seen in other states, Oregon has given authorization to cities and counties to establish their own marijuana laws, which could include stricter controls or a complete ban. However, personal possession is allowed even if a city or county has banned recreational stores.

Medical marijuana use became legal in 1998. At the time, it was prescribed only for a very small handful of ailments. However, this has evolved over the year. Now, medical marijuana patients are allowed to possess up to six mature plants and as many as 24 ounces of usable marijuana. The plants must be grown at an address registered with the Oregan Liquor and Cannabis Commission (OLCC). Medical marijuana use is legal for anyone 18 years old or older.

Recreational marijuana use is now in its third year (the bill covering recreational use, Measure 91, was passed in 2014, but not implemented until July 1, 2015). The Oregon legislature is one of the most active in regards to marijuana use and is constantly updating the laws.

Possession is limited to adults 21 years old or older. It is legal to possess up to an ounce in a public place, and up to eight ounces in private. 16 ounces of any solid-form cannabinoid product is legal, or up to 72 ounces if it is in liquid form. A maximum of five grams of cannabinoid extracts or concentrates is permissible, whether sold alone or as an ingredient in an inhalant delivery system (vaporizer). Additionally, four marijuana plants and ten marijuana seeds can legally be possessed.

Home cultivation is permitted, provided the grower limits the amount to four plants per residences. However, certain restrictions may be put in place by homeowner associations or landlords that prohibit the activity.

Although public possession of marijuana is legal, public consumption is not. This includes those establishments that have a state liquor license, common areas of hotels and apartments, parks, schools, public transportation systems, highways, etc.

Consumption in private residences is permitted in accordance with possession laws, but may be restricted by cities and municipalities, homeowner associations or other residential governing bodies. It is recommended to always confirm local ordinances before consuming cannabis products.

Any substance that can cause driving impairment can result in charges of driving under the influence. This includes alcohol, prescription drugs and marijuana, among others. Oregon doesn’t administer a blood test to determine a driver’s level of impairment, but does use other chemical testing methods. Fines can go as high as $10,000, depending on the circumstances surrounding the incident. Having medical marijuana authorization does not excuse a driver from DUI laws.

Recreational retailers pay a tax of 17% to the state and up to 3% to the local government, where applicable. According to state legislation, retailers can retain 2% of the local tax to cover their expenses. All tax returns must be filed through Oregon’s Revenue Online system. Other taxes might be required based on the laws of the merchant’s local jurisdiction. 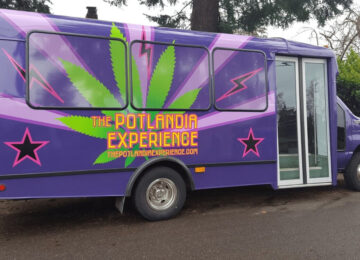 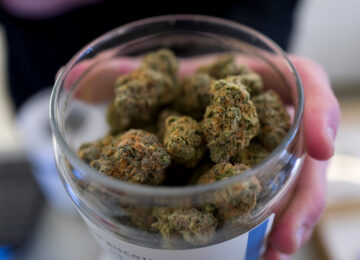 A lawsuit in Oregon could help advance interstate cannabis commerce 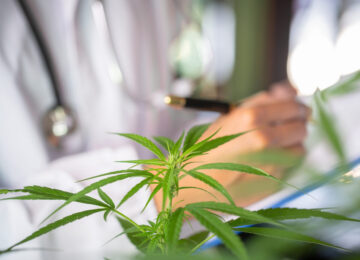