In 2012, Massachusetts became the 18th state in the country to legalize medical marijuana. It had previously decriminalized, in 2008, the possession of a small amount of marijuana and ultimately passed a law in 2016 that legalized recreational marijuana use. Retail sales were legalized as of July 1, 2018.

The Massachusetts Medical Marijuana Initiative of 2012 paved the way for medical marijuana use in the state. With a physician’s prescription, certain ailments, such as glaucoma and cancer, could be treated with marijuana and is legal for qualifying patients 18 years old or older.

Recreational marijuana laws stipulate that only adults 21 years of age or older are allowed to possess or use marijuana. The state has a few unique problems, as both Martha’s Vineyard and Nantucket are islands separated by federal waters. Since marijuana laws indicate that a dispensary must be located in each county and all marijuana must be tested in state-run labs, getting the islands’ cultivated supply to the mainland requires that it be shipped across the federal waters. To date, however, the US Coast Guard has not taken action against anyone transporting marijuana from the islands to the mainland.

Up to one ounce on one’s person is allowed and up to ten ounces can be kept in a residence. No open container with any form of marijuana is permissible in a vehicle.

A maximum of six plants is permitted in a residence, or up to 12 if the residence has two or more adults. Any amount above one ounce in the residence must be stored in a locked area that is not accessible to children.

Private consumption has no significant legal restrictions. However, individual landlords, cities, towns and employers are allowed to set their own policies and may prevent marijuana use, even in private residences.

Public consumption is completely off-limits, including in public parks, sidewalks, roadways, public transportation, etc. It is also illegal on any federally-controlled land in the state due to current federal restrictions.

State dispensary licenses are available for either medical marijuana or recreational marijuana installations and the fees vary depending on the type of license. Additionally, local city and town governments may impose their own licensing requirements on top of the obligation to receive a business operating license.

Taxes vary slightly by the products being sold. For example, rolling papers only have a flat sales tax of 6.25%. Marijuana has an excise tax of 10.75%, an optional local tax (set by the local government) of 3% and a sales tax of 6.25%. Taxes are not collected on sales from one marijuana establishment to another or for medical marijuana purchases by a patient who holds a state-issued medical marijuaan registration card. 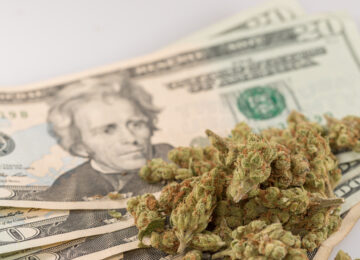 Massachusetts tops the $4B mark with recreational cannabis sales 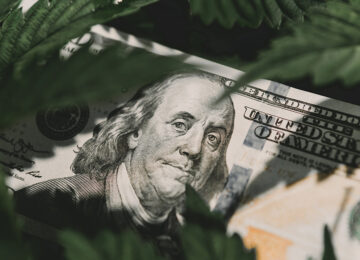 Massachusetts is raising the bar on legal cannabis sales 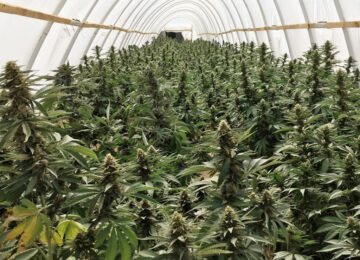 Massachusetts is changing cannabis cultivation rules that might impact the industry